Radon is a naturally produced radioactive gas that can enter your home at any time. It increases the risk of developing lung cancer when people are exposed to high concentrations over the course of months or years. Fortunately, SWAT Environmental specializes in radon mitigation and testing for residential and commercial properties. They can use advanced tools and techniques to lower radioactive gas levels. You need to know how SWAT Environmental can handle radon problems in your home or business. Radon testing is the first step your home inspector SWAT Environmental will take. This process can be done quickly at first to determine if you have an immediate problem and require radon remediation. A longer radon testing process will provide results that are more accurate, if time permits. Testing will show just how serious the problem is in your home. When results above 2.7pCi/L, you should strongly consider a radon mitigation system from S.W.A.T. Results below a specific threshold show that radon abatement might not be required at the moment. However, many citizens choose to have the radon mitigation system installed even when the readings are marginal since the units not only reduce radon levels, but also improve overall air quality within the dwelling. 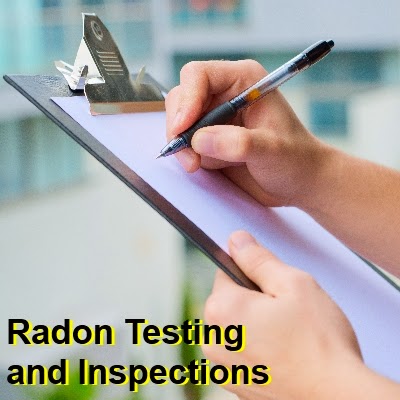 Radon is a radioactive gas that normally comes from the soil where certain matters have decayed and gotten into the soil. A structure is then built on top of this soil and can cause an unsafe environment. Radon can creep into structures through ventilation and cracks in the surface of the structure. Once radon enters a building it most likely will become trapped. After this occurs, the only way to determine the levels of radon is to perform Radon Testing. You can purchase a commercial Radon Testing kit or you can call in a professional Radon Testing Team to do this for you.

Radon Testing has become a very important thing across the United States and many other parts of the world. Radon is very dangerous and can occur in the air or in the water. Radon Testing can be performed by a professional or just an average individual. If the levels of radon in the air prove to be too high, then Radon Mitigation will be needed to reduce the levels present in a building. Radon Mitigation is where the levels of radon are collected from the air beneath the surface and the ventilation is increased. There are also ways to remove radon out of the water, but this procedure is a little more intense. A Radon Testing kit can be purchased at your local hardware store. It is a Radon Testing unit that is similar to a charcoal canister that constantly monitors and records the amount of radon present. This Radon Testing unit is self maintained, you just place it in a corner somewhere and let it do its thing. It records the amount of radon detected daily for the 90 days you perform your Radon Testing then you take the average and this will give you a ball park number of the amount of radon your home contains.

No amount of radon is safe, but because it is impossible to remove all of the radon in certain areas, the U.S. has put standards on it. If a building or structure is said to have more than 4 measured units of radon, it is said to be unsafe. Two units is the ideal amount of radon that can be present and still be considered safe, but in certain locations, reading 3.9 or less is acceptable. Radon Testing should be performed at least twice, to ensure that the conditions were the same throughout both test sessions, radon levels can fluctuate daily based on wind conditions as well as a difference in ventilation. A typical Radon Testing is ideally 90 days; this is considered a short term test to see if the radon level is unsafe. A long term Radon Testing would be performed for one year to get a better idea of true radon levels, but if you do not have that much time, a short term Radon Testing will work. If, in fact, the radon level is over 4 units, proper procedures must be taken to reduce the levels. Radon testing is essential because you cannot see radon, but you breathe it. High amounts of radon will break down the lungs and most likely cause lung cancer, leading to possible death; this is why Radon Testing is so important.

Radon gets into the soil, which gets into the water. Radon testing for the water would have to consist of a water sample that would require being sent off to the proper laboratory for testing. Radon Testing is recommended whenever moving to a new location. Ideally it should be performed by the landlord or owner, but can also be performed by the tenant or buyer to protect them.
Posted by Radon Mitigation at 10:05 AM